Meet our passionate and dedicated team of music teachers

GSA is committed to helping students of all ages and abilities realise their full potential. We encourage personal musical expression and our passionate and dedicated team of music teachers have extensive experience teaching students. 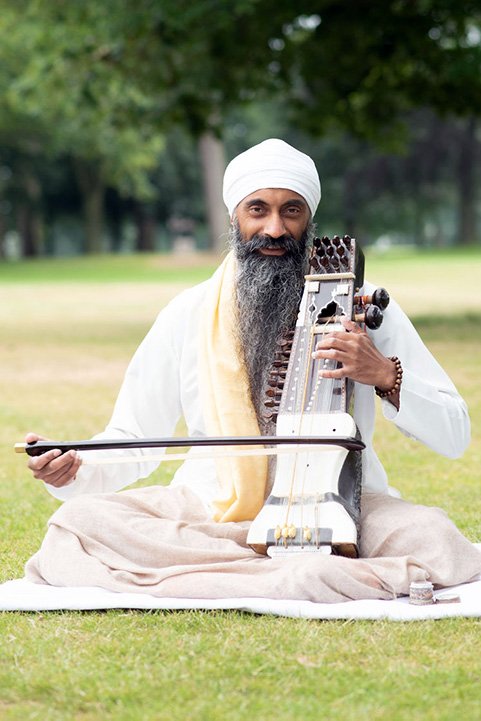 Harjinder is a renowned kirtani and parcharak. Harjinder learnt kirtan at the age of 6, when he was introduced to the Vaja by his mother. Subsequently he received tutelage under the learned scholar Professor Santokh Singh.

Harjinder was blessed with the sangat and tutelage of Baba Gajan Singh who taught him santheya, and Ustad Ranjit Singh who taught him tabla. In 1999, Harjinder met Ustad Surjit Singh Aulakh who began Harjinder’s education on tanti saaj. In the same year, Harjinder met Ustad Surinder Singh Saund (Sutton Coldfield, Birmingham), who became Harjinder’s vocal ustad. In 2007 Harjinder was fortunate to be blessed with the company of Bhai Baljit Singh (namdhari) under whose guidance Harjinder developed his knowledge and education in kirtan and tanti saaj.

His ‘day job’ is as an associate professor in Cyber Security at the University of Warwick. His passion and love is kirtan. Harjinder’s pedagogic philosophy is rooted in the Ustad-Shagirad relationship. 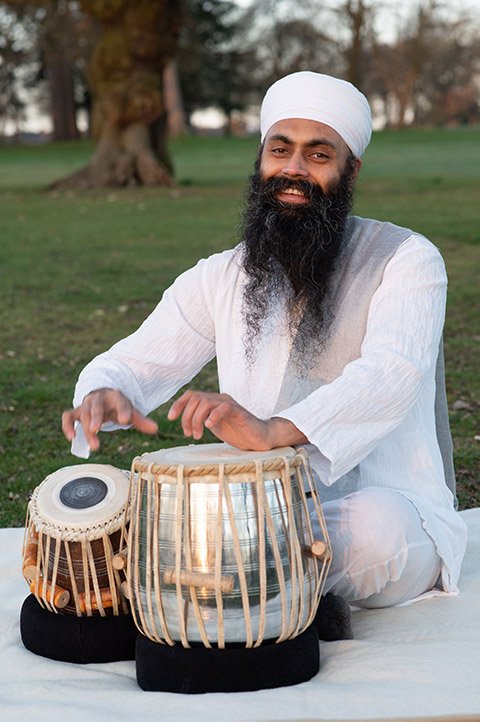 Narinderjit has a deep passion for spreading the teachings his Guru ji passed down to him. Rooted in the ethos that learning should be experiential and not just a transfer of knowledge.

His teaching is inspired by the oral tradition, where students are challenged to use a wider range of senses and techniques to support their learning.
Narinderjit has been engaged in teaching and performing for over 30 years. He is a disciple of the legendary Pandit Sharda Sahai and the Benaras style of tabla. Having been performing kirtan since a very young age with his brother, Harjinder Singh, Narinderjit has developed a keen interest in solo Tabla performance.

Tabla classes are full of fun but also very structured so students develop and enjoy the process at the same time. Classes incorporate peer-to-peer learning and students are set objectives to pass on their own learning to other peers every week. This reinforces their experience of their own lesson, ensuring lessons are retained and deeply ingrained. 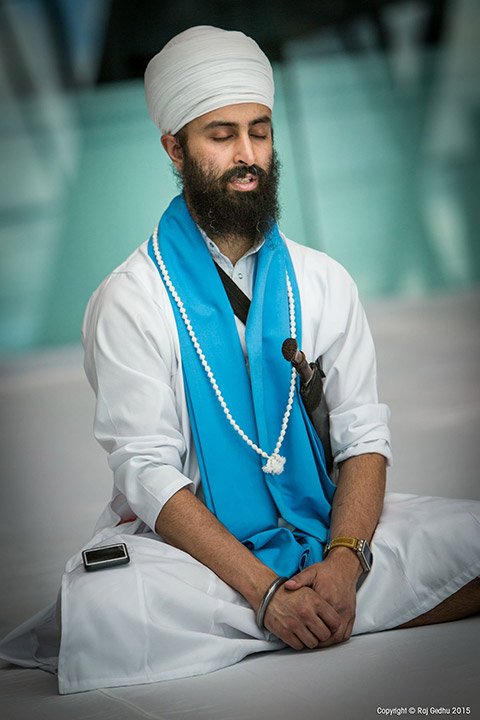 Jujhar been learning kirtan since 2002. He came to Gurmat Sangeet with no previous musical background whatsoever; just a deep desire to connect with the Guru.

Jujhar wouldn’t describe himself as a ‘natural’ and has had to work long and hard to get to a decent level. This has only made him more determined to help others on the journey. He loves when students ‘fly the nest’ from his beginner’s classes and progress to the senior class.

He truly believes that the Guru’s music is for everybody; it’s not merely a song but a conversation with the Divine. 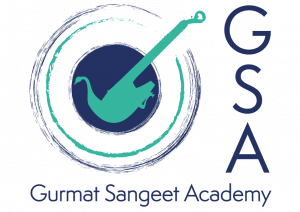 Are you sure you want to logout?